What's in a Name?

A lot of people have asked us about our daughter's name-- where we got it, why we chose it, what it means. And I'm sure a lot of people WANT to ask; they're just too polite. So I thought I'd briefly explain it... it's not pure nerdiness, I promise. =D
Éowyn has long been my favorite character in Tolkien's Lord of the Rings. She appears in the second book as the niece & adopted daughter of King Théoden of Rohan. If you've seen the movies, the Riders of Rohan, or the Rohirrim, are the nation of horse-riders. King Théoden is introduced as a dying old man with an addled brain, being controlled by Grima Wormtongue (in turn controlled by the evil wizard Saruman). Gandalf comes and sets him straight-- it's a pretty cool scene (very well done in my opinion). Anyway, Éowyn is his niece-- beautiful, lonely, and sad. Once her uncle is set free from Grima's influence and resumes his responsibilities as king of Rohan, she is a little happier... especially when her brother Eomer is cleared of all treason charges and un-banished. :)

Éowyn proves herself to be a very strong character; not only a capable leader, but an accomplished warrior as well-- one of the few Shield-Maidens of Rohan. She falls in love with Aragorn (I mean, who wouldn't? In the movies, he's played by Viggo Mortensen). All of these things lead to her depression--why? Because she knows she has the capacity to be great, and that's what she wants desperately... but she fears she'll instead be relegated to the side and forgotten, because she is a woman. Despite Aragorn's reminders that her work-- leading and caring for the women, children & elderly throughout the war-- is no less valorous, she still says her greatest fear is "...[t]o stay behind bars, until use and old age accept them, and all chance of great deeds is gone beyond recall or desire." For most of the story, Éowyn is a woman obsessed with being remembered as "great."

Éowyn: Shall I always be chosen? Shall I always be left behind when the Riders depart, to mind the house while they win renown, and find food and beds when they return?
Aragorn: A time may come soon when none will return. Then there will be need of valour without renown, for none shall remember the deeds that are done in the last defence of your homes. Yet the deeds will not be less valiant because they are unpraised.
Éowyn: All your words are but to say: you are a woman, and your part is in the house. But when the men have died in battle and honour, you have leave to be burned in the house, for the men will need it no more. But I am of the House of Eorl and not a serving-woman. I can ride and wield a blade, and I do not fear either pain or death.
Aragorn: What do you fear, lady?
Éowyn: A cage. To stay behind bars, until use and old age accept them, and all chance of doing great deeds is gone beyond recall or desire.

Those of you familiar with the story know that she goes on to find great success in battle (disguised as a man), together with Merry (a hobbit) killing the Witch-king of Angmar and his Nazgul steed and turning the tide of the battle when all seemed lost. But this isn't why I so love Éowyn, nor why we are giving her name to our daughter. (Personally, I'll be quite content to stay behind and "fight on the home-front" if Ryan ever gets called off to active battle duty, and will teach my daughters to do the same.)
After the battle, Éowyn is badly wounded, with her death almost certain. She is carried to the Houses of Healing and tended by Aragorn himself, however, she still lacks the real will to fight back to life. Aragorn & Gandalf (the wizard with the pointy hat, for those of you who've only seen the movies) reveal that part of her depression is unrequited love-- not for Aragorn himself, but rather for the idea of Aragorn, as the conquering king ready to take the Throne of Gondor, and the heroic life he represents. While in the Houses of Healing, Éowyn meets another convalescent, Faramir, with quite the opposite temperament from her own; he is the man who would have ruled Gondor as Steward had Aragorn not shown up. However, he shows no bitterness as taking a lesser role, and sees his "greatness" as found in serving his lord and friend, Aragorn the King. He begins to love the hopeless Éowyn, and tries to draw her from her depression. It takes a lot of straight talking, and time together, but there is a beautiful scene near the end of the book, where all of a sudden it "clicks" for her: "Then the heart of Éowyn changed, or else she understood it, [and she cried out] 'I stand in Minas Anor, the Tower of the Sun; and behold! the Shadow has departed! I will be a shieldmaiden no longer, nor vie with the great Riders, nor take joy only in the songs of slaying. I will be a healer, and love all things that grow and are not barren. No longer do I desire to be a queen."

Éowyn finds freedom and joy in embracing contentment and humility. Once she learned to let go of her desire to be great, she found fulfillment in healing others, in loving and in being loved, and in tending growing things. She & Faramir marry, and happily tend & rule the principality of Ithilien.

My dad, the man who introduced me to Tolkien long before I read him myself, is praying the following things for our daughter:

I think that about sums it up: now you know why we're giving our daughter such an outlandish name... and where the name & title of my blog originated. :)
--Christina
Posted by Eowyn's Heir at 9:55 AM

Did Ashlea ever tell you that we knew a family in Kansas who named all four of their children with LOTR names? Two girls and two boys, and as far as I know they were all normal. ;)

I had to look up the names...Arwyn, Galadriel, Elrond, and Theoden. I think Eowyn will cherish her name. :)

It's good to know there are others out there doing it too! :)

I'm a fan of Galadriel. I wouldn't mind having an Eomer either. Probably no Hurins, though... 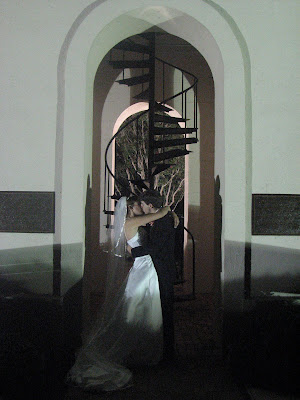 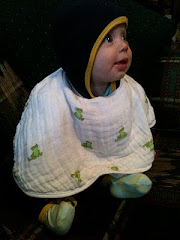